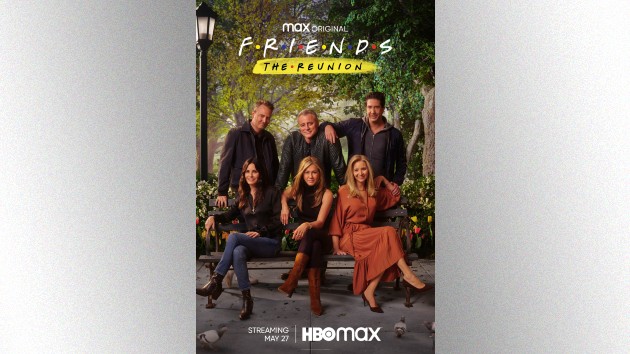 (SPOILER ALERT) Friends: The Reunion is officially streaming on HBO Max, and the cast brought some extra friends along for the ride — including some of music’s biggest stars.

Both singers are massive fans of the show and each contributed to the reunion in their own special way.

Yesterday, the show’s director Ben Winston let the cat out of the bag, so to speak, revealing that Gaga would be teaming up with Kudrow for a rendition of the Phoebe classic, “Smelly Cat.” And team up they did, with Gaga rocking her best Phoebe-inspired look and thanking Kudrow for playing Phoebe as “the different one. The one that was really herself.”

Justin modeled Spudnik, Ross’ punny Halloween costume from season eight’s “The One with the Halloween Party.” He moonwalked and strutted around proudly in the giant potato costume with a metal, colander-like hat, complete with antennae. The crowd went nuts for each guest, but Biebs brought the house down.