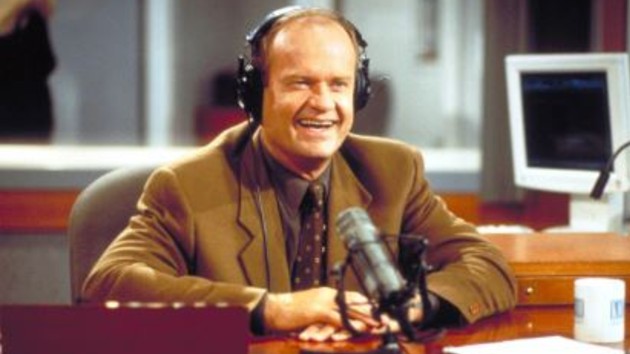 (NEW YORK) — Paramount+, currently CBS All Access before rebranding early next month, is expanding its catalogue to include a swath of original material as it aims to take on streaming giants like Netflix and Hulu.

During Wednesday’s Investor Day presentation, ViacomCBS officials unveiled a slate of new series and movies heading to the streaming service in the near future.

Here’s a list of the shows and movies heading to the streamer:

Paramount+ announced it intends to reimagine several classics, including Fatal Attraction, The Italian Job, Flashdance, Love Story and The Parallax View.  Production has already started on the new lineup, which all have script to series commitments.

Other movies getting the reboot or reimagined series treatment are Grease, of which the series Grease: Rise of the Pink Ladies is currently in the works — as well as The Godfather, which is being expanded in the new pickup The Offer.

It was announced Wednesday that Kelsey Grammer will be reprising his role as Dr. Frasier Crane for a Frasier revival — where the tagline is: “Frasier’s back – and he’s more exactly the same than ever.”

Criminal Minds, which went off air last year after 15 seasons, is being revived for the steamer for a 10-episode run.

Based on the Walter Tevis novel, The Man Who Fell To Earth is being reimagined for the small screen which follows an alien who arrives on earth as the human race is at a turning point.  The series stars Chiwetel Ejiofor.

Guilty Party, starring  Kate Beckinsale, is a dark comedy following a journalist jailed for the murder of her husband — a crime she insists she’s innocent.

The streamer also announced its first adult animated comedy called The Harper House, which follows a woman who loses her job and has to move from the wealthy neighborhood she formerly lived in to the bad side of the neighborhood.

Younger, the critically acclaimed Darren Star-helmed series that stars Sutton Foster, will premiere its seventh and final season on the streamer.  The series’ final 12 episodes will bow later this year before airing on TV Land at a later date.

The Game, a BET classic, is also heading to the streamer with a mix of old and new faces.

The streamer also has the rights to several upcoming Taylor Sheridan shows, with Yellowstone is getting two spinoffs, the previously announced Y: 1883 and the current working title 6666.  Mayor of Kingstown starring Jeremy Renner is heading to the streamer as well as Land Man.

Inside Amy Schumer, starring Amy Schumer, is coming back after a five-year hiatus and will include five specials.  The series previously ran for four seasons on Comedy Central before going off air in 2013.

Reno 911! The Hunt for QAnon, another Comedy Central offering, is a “supersized event” spinoff of the beloved Reno 911 series.

Paramount+ is also working on a Workaholics movie with original stars Blake Anderson, Adam Devine, Anders Holm and Kyle Newacheck all expected to reprise their roles.

Beavis & Butt-head is also heading to Paramount+ with creator Mike Judge again taking over the reins to executive produce and voice the show’s titular heroes in the new revival.

Cartoon Network isn’t the only new partnership established by the CBSViacom family, MTV is also partnering with the streamer for some new offerings to add to the service’s music slate.  The shows include Behind the Music, new MTV Unplugged events, a Yo! MTV Raps revival and a new series from Foo Fighters frontman Dave Grohl called From Cradle to Stage: Stories from the Mothers Who Rocked and Raised Rock Stars.

Paramount+ will also feature a swath of original reality shows, including a series called Dating Naked — which is exactly what it sounds like — as well as drag queen singing competition Queen of the Universe.

Reality series being dusted off for new life on the streamer will be Big Brother Life Feeds, Ink Masters RuPaul’s Drag Race All Stars, The Challenge: All Stars, The Real World: Homecoming: New York and Road Rules.

Rugrats, the beloved Nickelodeon cartoon that dominated the 90s, is getting new life on Paramount+ as a 3-D animated series that will feature the show’s original voice cast.  A teaser has already been uploaded to YouTube.

Other Nickelodeon offerings include “original content spanning animated series and movies” based off Avatar: The Last Airbender with series creators Michael DiMartino and Bryan Konietzko back in the hot seat.

Also being developed for the streamer is the SpongeBob Squarepants spinoff Kamp Koral: SpongeBob’s Under Years. Unlike the original Nickelodeon series, Kamp Koral will be CG animated.

A live-action Dora the Explorer and The Fairly OddParents is also heading to the streamer, along with a continuation of iCarly.

Paramount+ is also bringing the popular first person shooter game Halo into the fold by developing a series that is slated to arrive in the first quarter of 2022.